October 22, 2018 Posted in Uncategorized by Benny • No Comments

Every month can be a good or a bad one in sports. For Thamesmead Town FC, September started off as a very promising month. Their first match was a solid victory yet the rest of the month proved to be quite bleak. 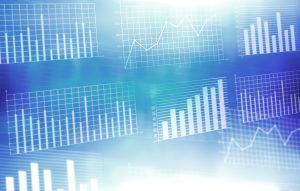 This September is not as remarkable and full of lovely memories such as that of Earth, Wind & Fire. While it did start off with a solid victory in a thrilling match against Sittingbourne FC, the rest of the month was just a loss after loss. The first match, which took place on the 1st of September, was won by Thamesmead Town FC, with 5 goals as opposed to Sittingbourne scoring 4.

Their next match took place on September 8th and was against Moneyfields. It was an FA Cup match and Thamesfield were defeated 1 to 0.

A week later, on the 15th of September, Thamesmead Town FC faced off against Ramsgate and lost 2 to 1.

8 more days later, and things didn’t look that good for Thamesmead Town. Even though they scored 2 goals against Merstham, they still lost, Merstham scoring 4 goals.

The 26th of September saw Thamesmead Town FC play their last match that month, against VCD Athletic and it was another loss. They lost with 2 goals to 1 of their own.

The Future – Is it Clear?

What will the future bring for Thamesmead Town FC? They announced that they were folding in October of 2018. Things have come to a halt, however, with the second announcement which followed not long after the first one. The club was contacted by interested parties who want to keep it going. That will also mean finding a new home stadium for the club. One of the reasons they announced their closure was them lacking a home stadium. With investors looking at the club, the future might be a lot brighter for Thamesmead Town FC.